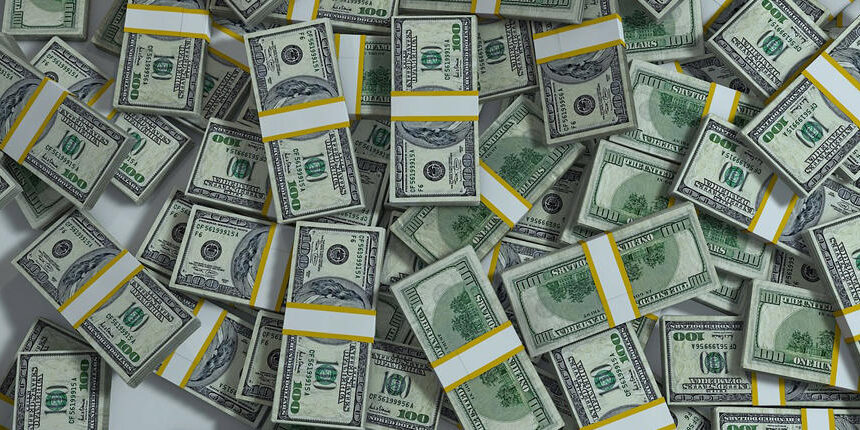 The 80 /20 Rule has been cited so often that the concept has almost become cliche. In business, it is proposed that 80% of a company’s business comes from 20% of their accounts. Additionally, the belief is that eighty percent of a company’s revenues are derived from 20% of their sales force. If this is in fact true, then the remaining 80% of the sales force is accounting for only 20% of the revenues. The reason that so many business leaders and sales executives subscribe to the 80 / 20 Rule is that it has been proven to be valid time after time in organization after organization. The challenge that all sales driven organizations face, is how to identify those natural Sales Hunters or Rain Makers who will drive new business and account acquisition.

The reality of the interview process is that so much of what is uncovered by the interviewer is subjective. In fact, it is precisely what the candidate wants the interviewer to see. A bubbly and perky waitress attending to a table of business managers might evoke an encouraging “You should go into sales”. The correct answer is maybe yes and maybe no. Bubbly and perky might work well at the mall but extroversion and people skills alone will not afford someone to be successful in the competitive business-to-business sales arena. Compounding the problem for hiring managers is the fact that of all the critical elements necessary to be a successful sales hunter, extroversion is the only one that readily comes across in the interview.

This is a case study of two sales people who were hired by a Midwest technology company in 2015. At this point the technology industry was still strong and companies were expanding their sales forces in an effort to rapidly acquire accounts and capture market share. What this real-life case study dramatizes is the profound impact that selecting the right sales people has on the overall strategic initiatives of a business. Conversely, this study also gives evidence to the negative side of selecting the wrong sale person for a territory. For this Midwest technology firm, business was booming in their Missouri region. They already had three solid sales people in place and were looking to add a fourth to attack the lucrative mid to large corporate space. The regional sales manager was looking for a true sales hunter who would be able to rapidly acquire new accounts. After interviewing numerous seasoned sales people, the regional sales manager found a candidate that he really liked. His lead candidate, Pamela, was energetic to the point of being effusive. As expected she interviewed very strong and was able to cite numerous examples of past successes in sales. Her enthusiasm for the job and her high extroversion quickly won over the sales manager. As was the policy she was administered an MPO Survey during the interview process. The results were clearly suspect. Her “E” or extroversion was off the chart. On a normative scale her extroversion was a full six centiles ahead of her “S” or detail orientation, giving strong evidence to the fact that she is highly extroverted. In comparison, her assertiveness was just one centile ahead of her detail orientation indicating that although she had an element of assertion, her personality was dominated by her extremely high extroversion. The regional sales manager decided that he wanted to take a chance on her. He was hoping that her extreme extroversion would carry the day and that she would be the spark that the region needed.

About a year prior, the Kansas Region was also looking to expand its sales force. The VP of Sales was also looking for a sales hunter who could rapidly grow the mid to large corporate business in the state. Being a more mature region, the Kansas region had five veteran reps in place and was looking for a sixth. After interviewing numerous candidates, the Vice President came across a candidate by the name of Julie. Julie was working for a local competitor and had a solid sales track record. Julie interviewed well and possessed an impressive direct communication style. In contrast to Pamela, Julie came across as social, but not nearly as extroverted as Pamela. Julie’s MPO profile was very impressive. Her “A” or assertiveness was a solid two centiles ahead of her “S” or detail orientation. Her “E” or extroversion was equal to her “S” giving evidence that she was someone who was a blend of being both socially oriented and technically oriented. From a practical standpoint, her “E” was high enough that it would have a softening effect on her “A”. Her patience or “P” was a subordinate trait, actually scoring a full seven centiles below her “A” or assertiveness. This translates into an individual who has an incredibly high sense of urgency; placing Julie in what would likely be the sub-10th percentile in patience. In that she was selling a technical product, her normative “S” or detail orientation proved to be a plus and also gave evidence that she would follow up closely.

The desired ramp for a new hire sales person force this technology company was as follows:

Pamela in Missouri proved to be highly social. In fact, she actually excelled at getting appointments, or in her case what amounted to be social visits. Her activity was high but her results were dismal. After almost 12 months of no sales to speak of, the Regional Sales Manager was forced to let her go. Julie, on the other hand had a fabulous career. In her first year Julie sold $1,800,000 in net-new business. In her second year she sold $3,500,000 in products and services. In her third year she sold an astonishing $13,000,000. All three years were sales records for reps with her tenure. In fact, her $13 million mark made her the number two rep out of a total of 45 reps for the entire company.

Julie is a talented and gifted sales person. The numbers that she put up stood as records for many years. She has all of the necessary traits that an ideal sales hunter needs to have to achieve at this stratospheric level. The reality is however, without a tool such as MPO these very necessary traits would be very difficult if not impossible to uncover during the normal interview process. In fact, if Pamela and Julie had interviewed back-to-back for the same position, the vast majority of sales managers would have hired Pamela. The question that is often asked of sales and HR executives is “What is the cost of sales turnover?” As this case study illustrates, this hiring mistake could potentially cost a company $13,000,000.

CMA Midwest has been selected by the Kansas City Business Journal as one of the top 2021 Staffing Services firms in Kansas City.
November 9, 2021

When the Economy Improves, Will Your Business Be on Top?
March 31, 2020
Go to Top